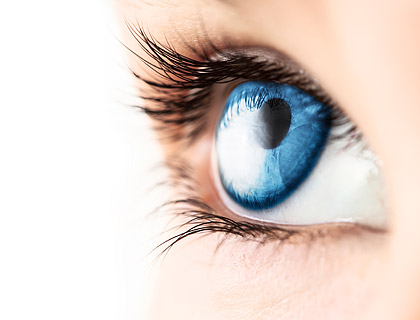 Unusual diversity from a single plant

There is an unusual variety of powers in the gel of the leaves of aloe [...]

More on Aloe vera Unusual diversity from a single plant

More than ten million people in Germany suffer from burning, itching or a sense of having a foreign substance in the eye – symptoms of the so-called "dry eye". The causes in particular include working on the computer, air-conditioned rooms, dry heated air in the winter, pollution or certain medications. Dry eye is very unpleasant: it feels as if little grains of sand are scratching the cornea under the eyelids, and the eyes become red, itchy and burning. In many cases, the eyelids are inflamed, the eyelid skin is dry and flaky. Dry eye is the most common eye disease.

In fact, the name for the disease appears to be misleading, because in a scientific study of the University Eye Hospital in Essen and Heidelberg, insufficient tear fluid was found in only eight percent of patients with dry eye. In almost 80 percent of cases of dry eye, however, there is a disturbance of the natural protective layer – the lipid layer. This is exactly where special eye sprays work, because they stabilise the lipid layer with vegetable liposomes, thereby protecting the tears from evaporating and thus eliminating the causes of dry eye at the root.

The thin layer of fat or lipid lies entirely outside the eyeball. Its main task is to protect the tear fluid from evaporating. The fat molecules of which this lipid layer consists are formed by special glands on the edge of the eyelid. Studies have now shown that in four out of five persons affected, dry eye is caused by a disorder of the outer lid layer – and not, as is often wrongly thought, by a lack of tears.

This could explain why the most frequent treatment of dry eye with wetting agents or "artificial tears" that are supposed to increase the amount of tears to this date did not often produce the desired result for the patient. It certainly makes sense to strengthen the lipid layer itself. Eye sprays with liposomes eliminate the disorder of this lipid layer, which is the cause of dry eye.