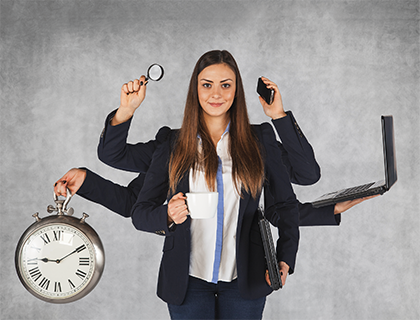 Cranberry (Vaccinium macrocarpon) is called “Kranichbeere” in German. But the name is [...]

Vitamin B12 - in case of tiredness, temper and lack of energy

This vitamin, scientifically named cobalamin, is one of the water-soluble vitamins and among other things, distinguishes itself from the other water-soluble vitamins by the fact that the body is able to store it over a long period of time. (Otherwise it only stores the fat-soluble vitamins A, D, E, K). The long-term store – predominantly the liver – also offers the explanation why people who follow a vegan diet, for example, do not perceive the consequences of an insufficient B12 intake for many years, even though the vitamin is not present in a plant-based diet. It has to be supplied via an animal-based diet such as meat, fish, eggs and milk products. The only exception to this are fermented foods such as sauerkraut where B12 is vestigially present.

There are other people who are in the same condition as vegans, whose B12 uptake is impeded, for instance, by a disease of the gastro-intestinal system or by the intake of medication (e. g. against diabetes and heartburn). This is because the absorption of the vitamin requires an acidic ph-value and intact mucous membranes of the stomach. Sufficient gastric acid is necessary in order to release the vitamin from food, an intact stomach lining is required, because a particular protein component, the so called Intrinsic Factor or IF is produced there; this, in turn, acts as the B12 transport medium and ensures absorption by the organism.

If there is a lack of gastric acid – which is often the case especially with older people – or no more transport protein is produced in the stomach lining, the vitamin B12 requirement can only be met long term via a high dose vitamin B12 supplement. The vitamin then becomes available via the resorption path of passive diffusion. That is figuratively speaking absorption via a secret path: Passive diffusion is the term used for the resorption of the vitamin via the small intestine, which takes place without the involvement of the Intrinsic Factor. However, via this path, the body can only reabsorb about 1% of the vitamin B12 quantity taken in*. In order to really cover the daily requirement of 4 micrograms, this metabolic pathway requires a substantially higher dose of vitamin B12 intake than the estimated daily requirement.

But how can one notice that the body is lacking B12? Indications can be tiredness that is not due to lack of sleep, lack of energy and strength despite sufficient free time, breaks and healthy diet, unexplainable temper and mood swings or a particular susceptibility to infections and even coordination and vision defects.

This variety of symptoms is possible because vitamin B12 is involved in so many different metabolic processes such as the energy metabolism, the production of red blood cells and the build-up of nerve cells in the spinal marrow. Doctors speak of unspecific symptoms in case of a disorder, because, on top of vitamin B12 deficiency there could also be other causes. Before starting a specific vitamin B12 supplement it can thus be useful to first get a blood exam. By the way: As a dietary supplement and for the enrichment of food, vitamin B12 is produced synthetically. These products are thus also suitable for vegans.